Heroes of the Storm is officially in Open Beta!!

What does that mean to you fellow Blizzard game fan? It means there is no reason for you not to jump into The Nexus and start doing some Team Brawling!

Though before doing so, there are a few things that you should know and take into consideration. This post today will hopefully help some of you just joining us here in The Nexus better understand how to play, and start your game play off on the right foot.

When I first started into the closed beta I had no idea what I was getting into and didn’t actually read up on anything. I had dabbled in LoL and Dota 2 a bit, and played my share of Warcraft and figured it was pretty much the same, and at its core it sort of is. Like a lot of Blizzard games though, they are easy to play, but difficult to master. Heroes of the Storm is no different.

When you first enter The Nexus you are given a tutorial, which does a decent job at explaining things about Raynor and a little bit about a ranged assassin. Which is one of 4 basic roles that you can play as Warrior, Support, Specialist and Assassin. Each one of these have their own specialties in participating in the objective to destroy the opposition teams core. Warriors are essentially tanks, and are very effective at absorbing damage , allowing them to act as a buffer between their teammates and the enemy. They are also VERY good at starting team fights, being able to jump into the fray and disable enemies. They have high health and benefit from lots of defenses.

Supports can heal and buff their teammates and are imperative in any type of team build you do. With high amounts of mana and skills that can shield, reduce cooldown, heal and buff other players they can keep popping out skills to deny the other team a kill.

The Assassin is just that. The damage dealer, from ranged assassins like Kael’Thas to melee assassins like Kerigan. These people bring the pain to nuke down enemy heroes. Teaming up heroic abilities with your team mates are the key to success when you are taking out enemies. They rely on ability power and attack damage to increase their effectiveness.

The Specialist is a unique role to play, as each one has different skill sets from destroying enemy turrets and bases, locking down Heroes for other team mates to nuke, all the way to buffing up your mercenaries. Specialists work with ability cooldowns and mana to help push lanes and take down enemies.

Now that you know the roles of the heroes what next? 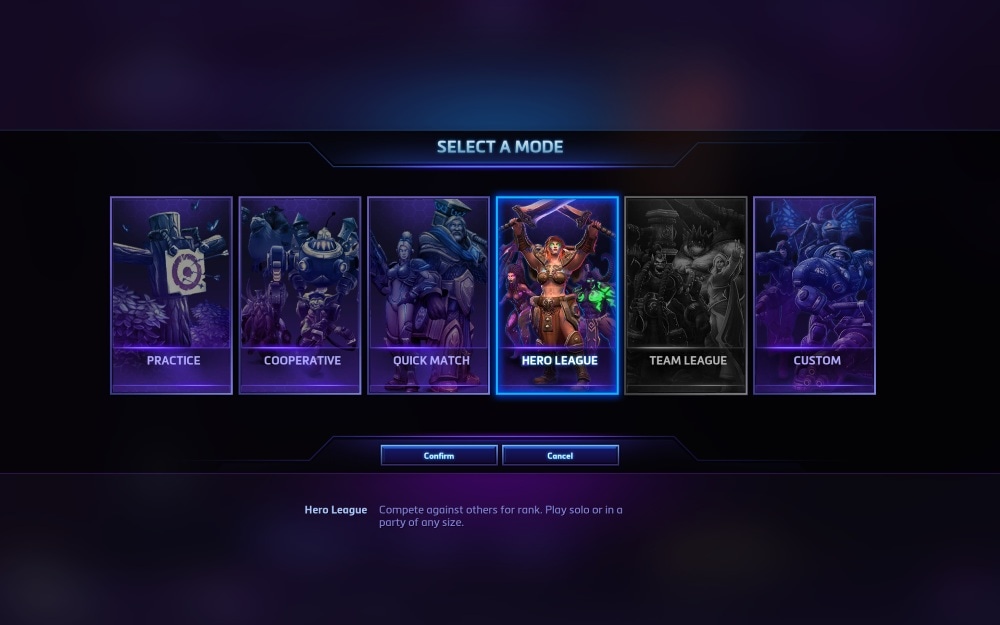 Play the A.I. and level up the free to play heroes of that week to level 5. Each hero you get to level 5 is 500g to buy yourself heroes with. Also playing the A.I. is a very good way to learn what heroes you like with a smaller challenge. You can get used to the game and see how it works, the controls, how to lane, and how to push.

When playing the A.I. you can do it solo, in a group of friends, or have 4 other random people on your team. Anyway you do it is good until you feel confident in what you are doing and your play style to hop into Quick Match.

Though before we get into Quick Match, there are some skills you will need to master and learn.

First. Don’t Die! You may think this is a very simple thing to do and that everyone should know it, but there is no reason you should be putting yourself into a position where you can be taken out. That is a huge exp boost to the other team. Which means faster levels for them.

Second. Everyone needs to be in a lane. By doing this, the mercenaries that you and your mercs kill will add to your teams experience gain and help you get stronger. The faster you can get to level 10 before the other opponents the better. That gives you a HUGE advantage in team fights as that is when you get your Heroic abilities.

The other piece of advice about learning to lane, is make sure your mercs are out front when you are attacking towers. The towers attack them first. Another is that if you see that your mercs are going to die and you can push the opposition team AWAY from them, they will not get the exp from those kills. If you are able to do this, you can keep getting level advantages faster.

Third. Objectives are key. Each map has its own objectives, from the Haunted Mines, to Blackhands Bay. Collect what needs to be collected as fast and as soon as you can with your team mates. A hint I have about the Haunted Mines, is go for the golem first! It drops more skulls and if you all go in as a team, you will have an advantage over the opposition.

Fourth. If your team mates are pushing or are starting a team fight, even if you don’t think it’s a good idea PUSH. You have a better chance of confirming a kill with all of you there than if you leave. 5v5 is always better than a 5v4. Also try to take out the healer as fast as you can, and ignore the tank if you aren’t going to make yourself vulnerable. He’s meant to take damage, and it’s a waste to go after them first.

In conclusion, it’s an easy game to pick up, but very difficult to master. Things such as the Wombo Combo, Dual laning and Abathur (don’t get me started on him).  Main things are play lots of heroes and find ones you like. Learn to play each type of hero and get each hero up to at least level 5. That’s a lot of gold and a lot of experience, and if you can afford it, buy a stim pack and play with friends. Each friend you have in your group increases your exp gain, and the stim packs increase exp gain by 100% and gold by 150%.

Well that’s my two cents. See you in The Nexus.

Ad as always go HAM on the Core!